Home › Pet › A Guide to Letting Your Cat Calm Down

Cats tend to be somewhat stressful and aggressive. If you have a feline family member, you may witness the scenario that your fluffy friend give and attack suddenly. Several reasons may cause a cat’s abnormal behavior. However, once you have understood the causes of her aggression, and understand why she got angry suddenly, you can handle the situation leisurely.

Reasons for a feline aggression 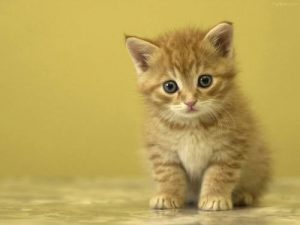 Unlike dogs that are skilled at socialization, cats don’t mingle with other felines at a high frequency–it is not the case if a cat lives with her close relative. As a result, you can imagine how a cat will behave when she meets another cat in her territory. Adult cats usually don’t get along well under the same roof when introduced to each other.

Cats are more territorial than you can imagine. They will be at the boxing arena when another cat interferes with her belongings(at least when she thinks so), such as toys, napping spots, and her human friend. The shared bowl can be the trigger for a fight.

As a sensitive creature, cats may face the unfamiliar–such as noise and unpleasant smell–with aggression. A direct clue for you to notice your cat’s fear is when you take her to a veterinarian when she starts hissing and baring her teeth. A cat’s ears indicate her fear of aggression: they flatten the ears to the forehead when they feel startled.

Sounds confusing, your cat can be aggressive when you give a gentle petting on her. It also happens when she wants to play a game with you. Don’t get frustrated; there is an explanation that may soothe you. Cats are sensitive, and they can only bear limited strokes. So, when your petting reaches her tolerance, the cat would tell you that she has had enough by her body language.

Aggression happens when the fluffy animal has no access to her target. An out-of-reach toy or a feline intruder outside the house bothers your cat. Then she will become frustrated toward herself and possess aggressive behavior.

Tips on calming a cat down

Solutions will be useful only when you apply for medicines according to indications. For example, when your cat tells you her anxiety by the body language as you are petting her, stop the uninvited stroke from letting her feel in control.

To take measures at the proper time, have an idea of how your cat is like when being angry. As we mentioned earlier, ears are good indicators. Cats flattened their ears to the head and swiveled them sideways to present anger. Other common signs include narrowed eyes, twitched tail, and unfriendly glances.

When you notice the potential aggressiveness, keep the triggers far away from your cat. If a target is out of your cat’s reach, get rid of the resource to stop the emotional outburst. For example, close the window when your pet is hissing toward an intruder outside your house. Likely, give her the meal in another room when she confesses anger toward her food.

Train your cat into a gentlewoman is fine, but never go too far. It makes sense to make the cat fear you when you want to stop some behaviors, but punishments can lead to severe results. Instead of yelling at her, distract her attention with a toy to indicate your intention. Ensure her plenty of room to act like a cat, approving her to climb a tree from time to time.

Try to understand the cat if you’re going to pet a cat. But for a dog lover, try to Communicate with Your Dog Better by Understanding These Behaviors.

Feed Your Dog with Vegetables and Fruit: Attentively Keep a Natural Diet

How to Leave a Dog at Home?

All You Should Know about a Therapy Dog

Avoid These Deadly Threats to Both Dogs and You

A Guide to Keeping a Rabbit

Effectively Train Your Dogs under These Critical Incidents

About the Author: Xu Lilize