All of us want to be a pretty and charming person. But beauty needs to pay a price. Plastic surgery is the quickest way to pursuit beauty, in which a person could become what he wants to look like as long as he can afford the cost. However, results sometimes don’t come out as expected if people do it too frequently.

Here we’ll count down our picks for the Hollywood celebrities who had excessive plastic surgeries. For this list, we’ll look at who is pretty original but finally having a very weird face. 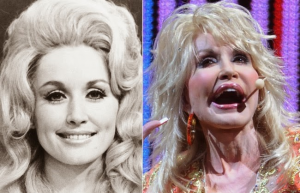 Dolly Parton was famous for the song ”Baby I’m Burning” and “You’re the Only One” published in 1979 and become one of the most excellent singers&actresses in Hollywood. For an average person, she is beautiful enough. However, Dolly wasn’t content with her vibrant look cause she preferred to looking sexier. Since then, she was addicted to plastic surgery. Obviously, her breast and mouth had been changed a lot. 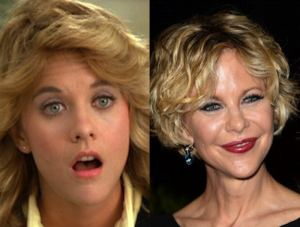 The sweet actress Meg Ryan had injected an amount of hyaluronic acid and botox to keep a young face. But excessive amount makes her face seems pretty stiff.

Ray Liotta looks like a bad guy originally. Later he was questioned about plastic surgery cause his eyes and lips becoming too weird. 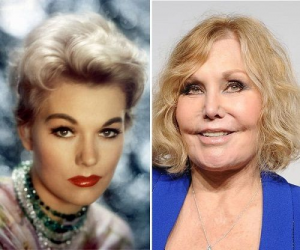 Kim Jovak had been a miracle at Hollywood in the 1950s and 1960s. She has openly expressed regret about cosmetic surgeries, which made a big difference on her face. 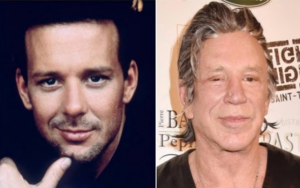 Mickey is one of the sexiest men in the 1980s. Injuries resulted from boxing and car accident made Mickey Rourke’s face disfigured seriously. Aim to go back to Hollywood drove him to undergo multiple surgeries. Unfortunately, he didn’t meet a good doctor to make his face look better. The skin tissues were broken because of multiple surgeries, so the doctor had to remove the skin tissues of the ear to rescue his nose.

Melanie Griffith, one of the sexiest actresses in Hollywood in the 1980s, had injected dozens of botox and hyaluronic acid making her face seem very stiff and unnatural. 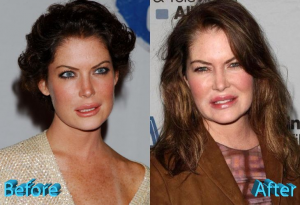 Lara was the representative of the first medical cosmetic surgery, who is the beauty in the 1970s and 1980s. As time passed, the surgeries had left adverse side effects on her face and body. 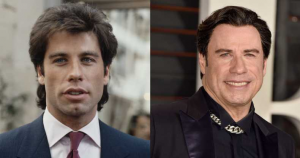 John Travolta was a very good actor in Hollywood. However, excessive plastic surgeries resulted in his staring expression. He is still working as an actor, but unnatural facial expression limits his development of acting. 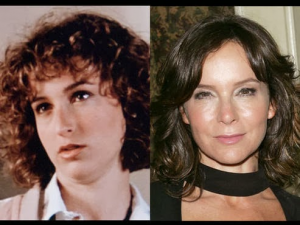 Back in the 1980s, Jennifer Grey was one of Hollywood’s hottest actresses with roles and hit films like Ferris Bueller’s Day Off and Dirty Dancing of course. Grey appeared poised for a lengthy career in the entertainment business. Seemingly out of nowhere she began to fade away. So what happened? Well in 1980, she had rhinoplasty procedures bringing her with an unrecognizable face to her fans and friends. “But you’re like my oldest friend in the world. Except for maybe Lori Schaeffer who I don’t talk to anymore. Because she’s all been another. She lost weight. And it turns out she doesn’t have a pretty face.” She regrets the procedures is an understatement. As she once remarked, I went into the operating room at celebrity but came out anonymously. Plastic surgeries gone wrong don’t get much worse than this.

Celebrities bear too much stress because of their job, even some Famous Female Celebs  Are Struggling Serious Mental Disorder. So they have a higher standard of a pretty face. But health and happiness is the base of any successes.