As the saying that animal is the best weapon, but also a nightmare when advertising photography. In the 2020 early autumn advertising image published by Gucci, some animals are invited as the guides to take a lady to nature. 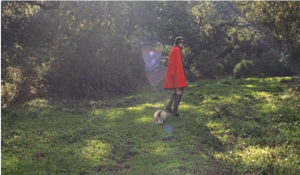 Fashion designed with animals is common in the luxury circle. For example, the Cartier cheetah, the Chanel lion, and the BVLGARI snake. Besides those three brands, are there any other brands related to small cute animals? And why? Here let’s discover the answer.

“Micky mouse is the beginning of all the fairy tales and the myths.” 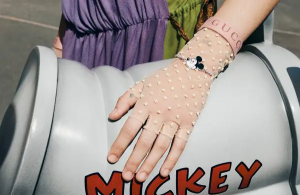 Firstly let’s see one of the most active Gucci wristwatch-Micky Mouse. At the beginning of 2020, Gucci launched a series of Micky Mouse fashion designs that cooperated with Disney. It especially met the Chinese Lunar Year of the Rat as one of their largest markets.

Among all these works created especially for the Chinese Lunar New Year of the Rat, two Grip wristwatches make me impressed. The cute Disney Mickey is drawn on the front side of the watch. Since last year’s Basel Watch Fair and the global press conference of Gucci Grip wristwatch held in London, Grip wristwatch showed various styles from the “skateboard” world. The additional Micky makes the Grip watch more childlike. 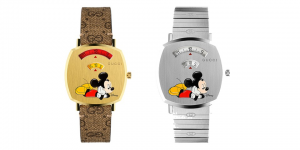 The Gucci creative director Alessandro Michele used the Gucci logo from the late 70s to the 80s to match the Disney Micky. So it seems the Micky is originally one part of the Gucci products.

Actually, it’s not their first cooperation between Gucci and Micky. Gucci had launched a series of Micky Tote bag at the 2019 Spring&Summer show to celebrate the 90th anniversary of Micky’s birth. Just like Michele said, Micky mouse is the beginning of all the fairy tales and the myths; the cute animals are the initial resource of life. 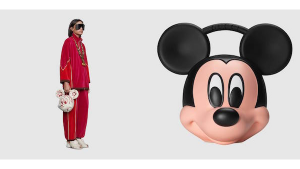 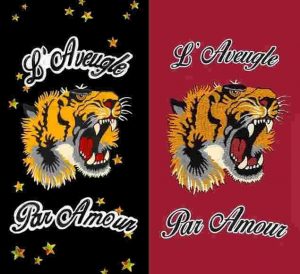 Louis Vuitton has made kinds of huge animal designs such as rhinos, elephant, zebra, and giraffe. These animals seem very interesting on the bags. And there must be animal elements in These Luxury Handbags for Women 2020. 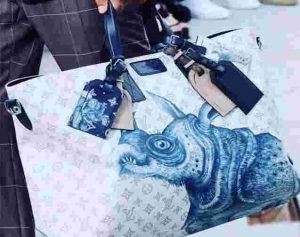 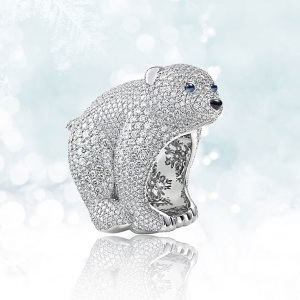 That precious polar bear ring that was launched at Chopard’s 150th anniversary is very famous. Since then, the animal-theme jewelry has gotten positive feedback from the market. So the next year, Chopard continued creating new works focusing on that small bear. In the 2019 Christmas, Chopard even launched a 3D bear Arty and a cartoon film, in which Arty meets Chopard’s representative works of jewelry wristwatch. In this year’s new Red Carpet series, we saw the polar bear ring again. The material is still based on diamond, and this time there is another cute polar bear baby in shape design. 2020 is the tenth year of Chopard from the first polar bear ring. The bear design not only shows their pursuit of fashion but also shows the expect of harmonious co-existence of people and the environment. 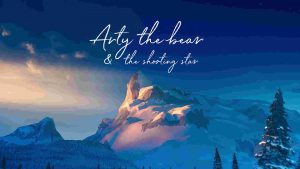 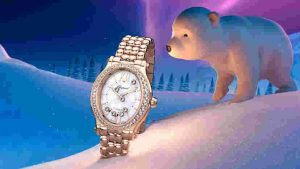 If you pay close attention to the environment, calls to protect get more during these years because severe environmental problems including melting ice and natural-gas development may cause the extinction of polar bears 50 years later. 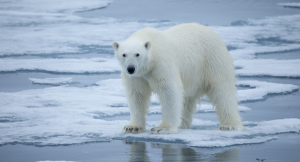 Regarding the main reason why many brands are related to cute animals, we think cute animals can stimulate people’s emotional reactions and spending wants. Meanwhile, the designs also are a reminder of our respect for life and nature.

Is the End of Fur Industry Near?

Top Most Exclusive Eyewear Brands for 2021

What Are Luxury Items Refers to?