Constellation is one of the most classical series of OMEGA. Lots of constellation series have been launched so far during the past 60 years. On this page, we’ll show you the important moment of the OMEGA constellation.

Since the beginning of the last century, OMEGA has been famous for its’ great accuracy and broken many records in the games. In 1948, multiple limited-edition wristwatches were designed to celebrate this brand’s 100 birthday. 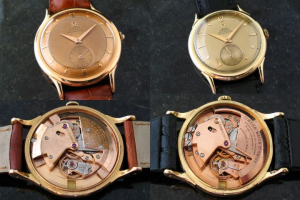 Among the designs, a limited edition 18K gold precise chronograph wristwatch called ”century” was subjected to the consumers to make track for to hold because of its’ unique chic looking and marvelous accuracy. OMAGE seize this moment to design a whole new series of watches based on “century”. Until 1952, the OMEGA constellation was launched successfully. So “century” is the precursor of the constellation series.

Why it was named “constellation”? There are reputedly two claims: 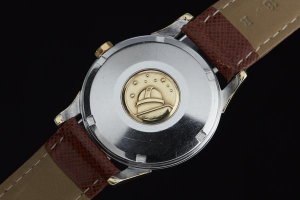 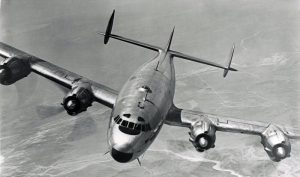 In the 1950s, the constellation series usually were slender with rich gold. However, sport style captured the total market since the mid-1960s. So OMEGA Constellation invited Gerald Zunda to design a sports watch with a hale outer appearance. 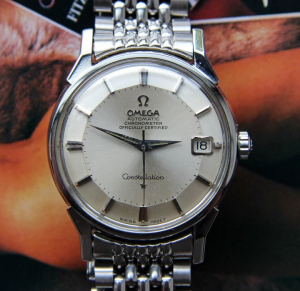 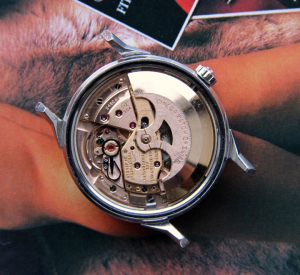 It’s no exaggeration to say that OMEGA was the champion at watch’s accuracy from the last century. But later the emerging quartz movement let OMEGA feel worried in the 1970s because it has better performance at timer telling. The reason why OMAGE could be an enduring brand is they could realize the crisis in advance and improve their technology according to the market. Exactly, OMEGA started to design quartz watch “Megaquartz f2.4 MHz”.

In 1982, a great revolution of constellation happened then- Manhattan. 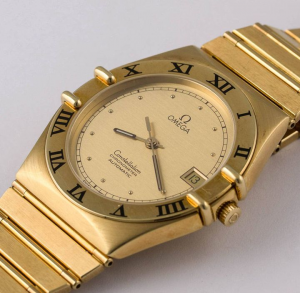 In order to strengthen the waterproof function, OMEGA invented a classical base to faster the sapphire crystal and the gasket firmly on the case. The integrated design made OMEGA Constellation have higher recognition and became a fashion classic for more than 30 years.

OMEGA launched a new Constellation series-29mm wristwatch. The dial is made of blue aventurine, in sharp contrast to the color of the watch case and chain. 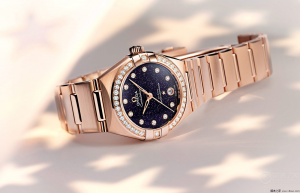 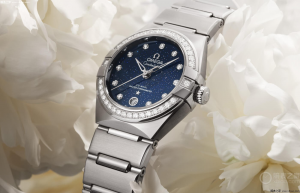 The bezel around the blue dial is brushed and polished, engraved with Roman numerals, or set with diamonds. Each watch has a round date window at 6 o’clock and is decorated with 11 diamond hour markers. The diamonds are fixed in yellow 18K gold, white 18K gold, or Sedna® 18K gold brackets. The Omega brand logo, constellation logo, and pointer are also made of the same material.

Besides the technology and quality, famous star Cindy Crawford also contributes much effort to strengthen the promotion of the brand. She even participated in the design. Constellation represented fashion, grace, and intellectuality. Cindy was one of the five supermodels worldwide in the 1990s, she has been working with OMEGA promotion for more than 20 years cause her unique temperament is the same as OMEGA. In 2017, her son and daughter worked as the new brand ambassador.

You must have one OMEGA Constellation watch if you are interested in collecting some luxuries. And these Best Luxury Watch Brands to Checkout for Women may be one of your choices. 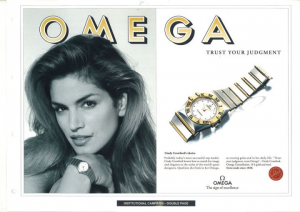 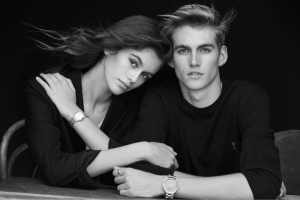 A Few Luxury Furniture Brands You Must Know

Do You Buy Luxury Goods in Installments? Is This a Good Way or a Bad Way?

Why Did Luxury Goods Rise in Price During the Epidemic, Leading to an Increase in the Purchasing Power of Consumers?