The travel and tourism industry has been decimated by the coronavirus COVID-19 outbreak. With the launched travel restriction and quarantine policy worldwide, tourism is one of the industries that has been driven into a ditch, which causes a severe economic blow to the airline industry. According to the latest analysis of the International Air Transport Association, because of COVID-19, the revenue of global airlines would slow down 314 billion US Dollars, -55% compared to last year.

What are the current situations of global tourism? 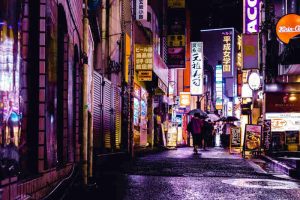 The data published by the Japan Tourism Agency on 15th, April showed there had been 193,700 overseas tourists that were 93% lower than the same period last year. It’s the biggest cut since 1964. And the number of tourism is less than 200,000 per day since February of 1989. During January -March, there were only 3,939,800 overseas tourists visiting Japan that is a 51.1% reduction compared with the same period of last year. The accommodation, catering, and shopping in relation to travel in the first quarter was 672.7 billion yen, a year-on-year 41.6% reduction.

Meanwhile, the Olympic Games that should have been held in Tokyo in July of 2020 was delayed to 2021. The Japanese government originally planned to attract 40 million tourists to the 2020 Olympic Games. However, it would come to naught. 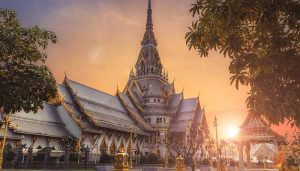 To prevent the transmission of coronavirus, on March 21, the government announced the closure of hundreds of urban stores and markets for 22 days from March 22 to April 12.

Tourism is one of Thailand’s biggest foreign currency earner. However, the expected loss of the Thailand economy will be 42 billion, almost all are from tourism. 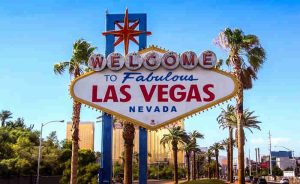 By July 16, there have been 3,695,000 confirmed cases of COVID-19. Coronavirus made tourism consumption of Virginia slow down 78%, and all gathering activities of the wine region were canceled. Some famous entertainment places such as Las Vegas, MGM, Wynn, and the Venetian were closed temporarily. 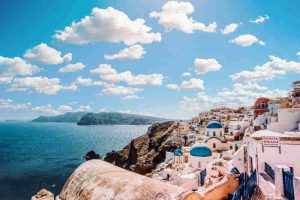 Research showed that 65% of Greek hotel managers said their business had taken a big hit due to COVID-19, 46.6% said they may soon be bankrupt, and 18.3% said there would be a huge possibility of going bust. The Greek Hotel Industry Association President Grigoris Tassios said the Greek tourism industry was facing an unprecedented crisis because of the coronavirus epidemic, and this year they would lose 50% tourism revenue at least. 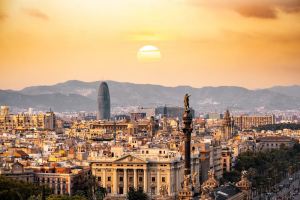 According to the statement of the Italian Tourism Federation, the tourism of this year is the worst in the past 20 years. The number of tourists is 43% lower than in the same period of last year, which would make Italy lose around 3.2 billion Euros. Lots of hotels failed and closed their doors.

Due to the coronavirus rebound recently, some European countries such as the United Kingdom, Belgium, and Ireland advise their people not to go to Portugal. Portugal Tourism Board predicted the tourism revenue would cut a half than last year.

According to a report by Radio France Internationale, the loss of French tourism may be as high as 40 billion Euros because of the cancellation of many flights, tourism schedules, and accommodation. 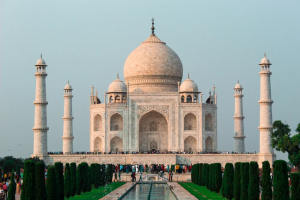 Since March 17, the Taj Mahal was closed, which attracted 6.5 million tourists in 2018 as one of the most famous scenic areas worldwide. This is the first closure since 1971. This is only a microcosm of impacts from COVID-19. MakeMyTrip, the biggest online platform in India, takes up a 63% share in the market of booking hotels online. However, it is at the trough period under COVID-19 and its share price slumped by 49.3%. To save the cost, they have to cut down the ads cost and executives’ salaries. Besides these online platforms, the hotels and flights also meet a huge crisis. Regarding the data published by the Indian Health Sector at the beginning of July, the confirmed cases have more than 910,000 becoming the third in the world ranking of COVID-19.

Besides the countries mentioned above, COVID-19 also has more or less hit the tourism of other countries including Egypt, Malaysia, Peru, etc. Some countries are trying to open scenic places gradually with coronavirus showing signs of improvement, like China and South Korea. However, only if people worldwide bring the coronavirus under control, global tourism would be finally back in order. Under the circumstances, we must read How Travel Business Can Succeed in a Post Corona Outbreak.