Since we stepped into modern society, most people prefer fatty food, irregular eating habit, and less exercise. Under increasing pressure from daily life and work, the rate of obesity has been raising all over the world. However, there are always some “weird” exceptions who never have relations to fat although they eat a lot or even more than the fat people. How could that happen? 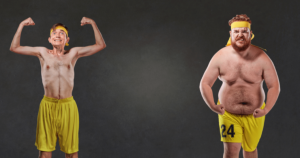 Actually, there are many standards to identify the fat or the thin, of which the BMI is the most commonly used. BMI equals to the weight(Kilogram) divided by height squared(meter). For example, if one person’s height is 1.7 meters and the weight is 70 kilograms, then the BMI is 70/1.7/1.7=24.2. The reference standards are different between the ages or countries. In the US for example, the normal BMI should be 19~25 for 19~34 years old, 21~27 for more than 35 years old. It means overweight if the BMI is 27.5~29.9, and it means obesity if the BMI is more than 30. So, the BMI of the group underweight or malnutrition would be lower than 19. Check your own BMI standard according to your specific situation.

Usually, the following are the main reasons why this group of people are always underweight:

Some people are very lucky cause they come from a good family genetic of never fat although they are big fans of eating. According to a report published by the United Kingdom” Nature” magazine in 2011, about one in every 2000 people has a copy of chromosome 16. This change makes the male 23 times more likely to be super skinny than the normal male, and the female is 5 times more likely to be very thin than normal females. That means their BMI is lower than the normal standard, which may also be unhealthy for their physical condition. The scientists are still researching why they have these thin genes, which will be used to rescue the obesity if they succeed. 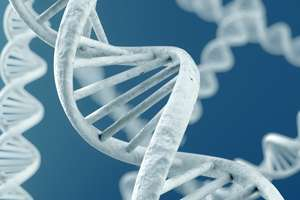 Chronic gastroenteritis, enteritis, and colonic carcinoma would weaken the digestion function and cause poor absorption capacity, so the nutrients they eat are useless for the body to become fat. 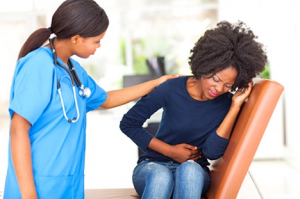 For the people who stay anxious, depressed, and manic, they don’t have any interest in food, which makes them underweight. The patient with anorexia deliberately try to maintain an unhealthy underweight on a diet. This would become an eating disorder slowly. The anorexia pursues the slim figure blindly so that they suffer from malnutrition, endocrine disorder, and amenorrhea for the female. More worse, 5%~15% of them die of cardiac complications, multiple organ failure, and suicide. 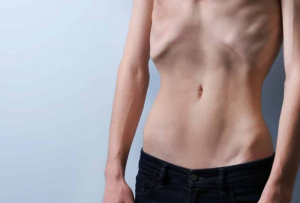 Commonly, the patients with hyperthyroidism are skinny cause excessive thyroid hormone secretion speed up the metabolism. In addition, their digestion function of the stomach is too weak to work. 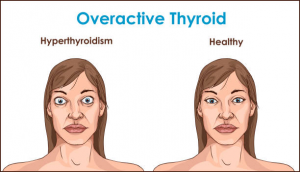 When the malignant tumor patients are in advanced neoplasm, they often suffer from poor nutrition cause the tumor has much consumption or the digestive tract is blocked by the cancer. Besides cancer, diabetes, tuberculosis, and chronic atrophic gastritis, etc., are all chronic consumption diseases that can cause an imbalance of physical energy.

Some people get thinner cause they are fussy eater. They prefer kinds of snacks except for staple food, vegetables, or fruit, which lead to poor nutrition, poor vitamin, and lack of microelement. This symptom is commonly found on the infant or children. 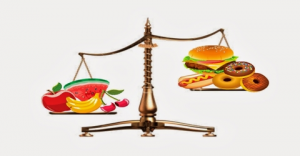 Health is the foundation of one’s success. Health is more important than a thin figure. Find the specific reason and correct treatments, health beauty should be our final pursuit.

Do You Know About Post-Traumatic Stress Disorder? This is Very Common in Real Life